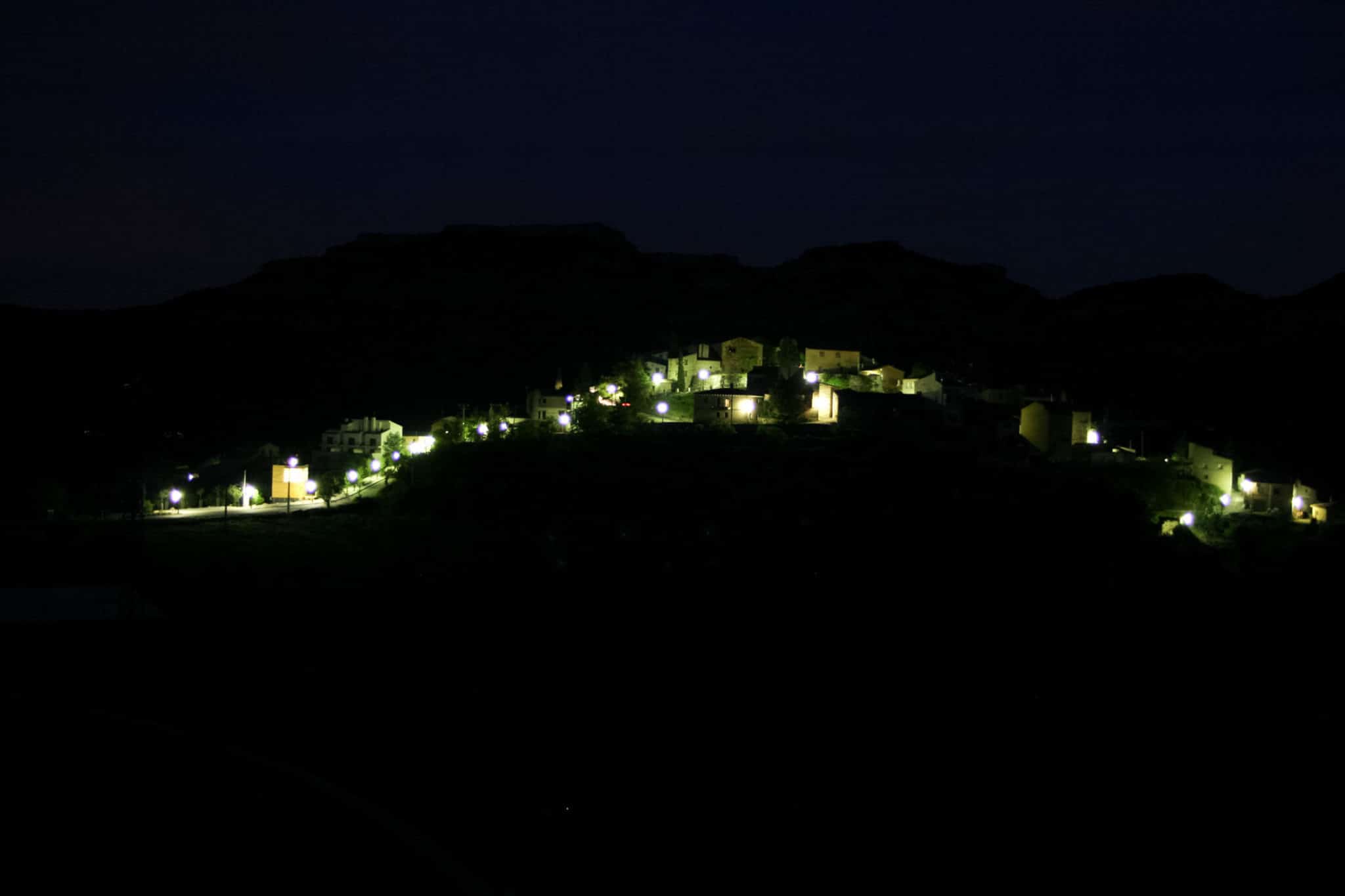 Capafonts is a small town in the heart of the Serra de Prades. Most of its inhabitants are dying or leaving. Its families have created strong bonds over generations, but they need a place to gather, which is also a welcoming center for the foreigners who come hiking to the future Parc Natural. 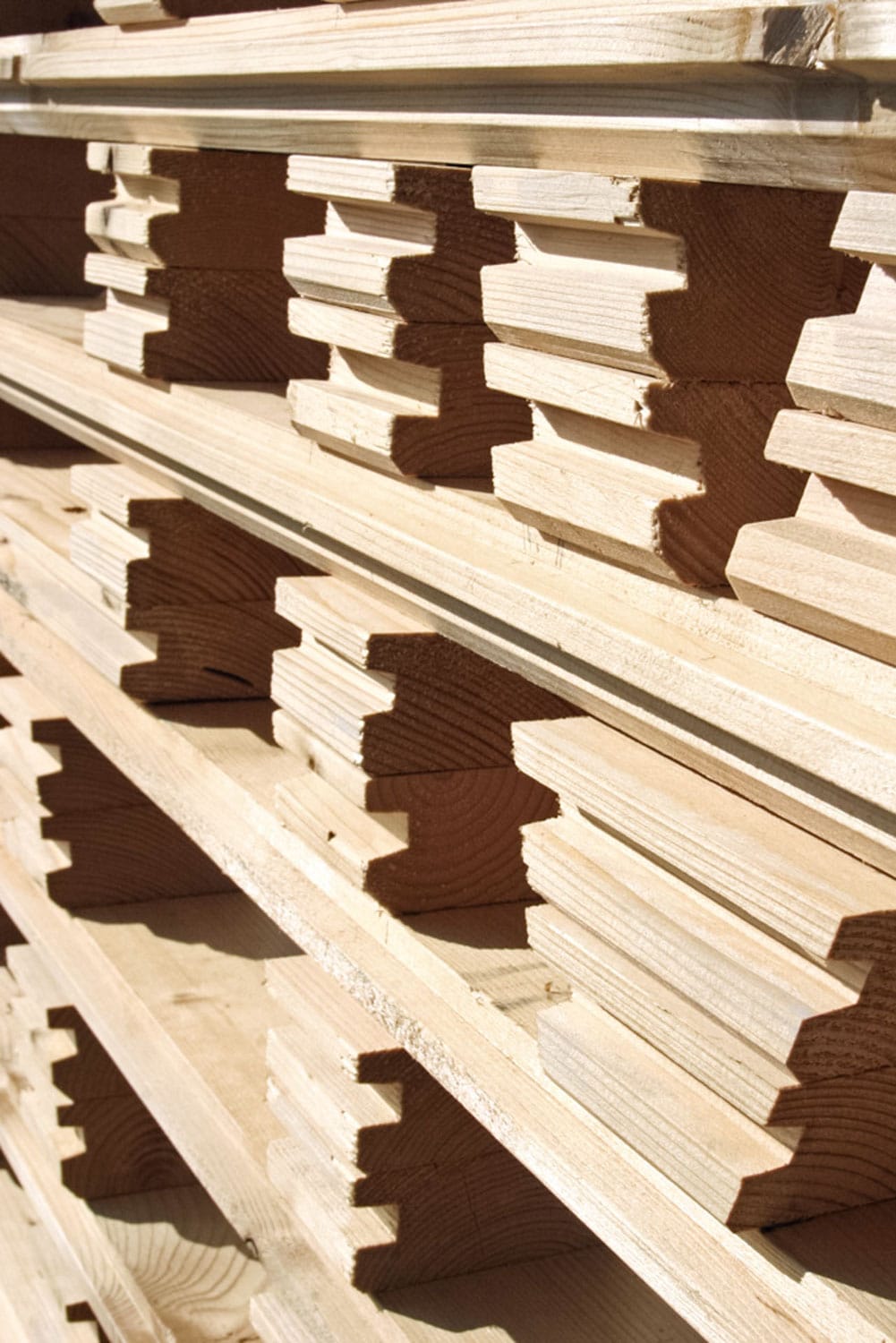 Capafonts is a very small town in the middle of the Serra de Prades, the north-western limit of el Camp. It is surrounded by 1000 meter mountains, which have kept it quite isolated almost until today. The town is in a very small hill in the valley where the Brugent river is born.  Its microclimate is slightly colder and more humid than the one in el Camp, with cooler summers and snowy winters. Its forests are populated with oak and chestnut trees.

Capafonts was lacking a public, enclosed meeting space, where its people can gather, debate and make decisions about their town. At the same time, the project of the future Parc Natural de les Muntanyes de Prades that was expected to preserve the surrounding mountains and its life, was going to be implemented in just a few years. Capafonts was supposed to be one of its main gateways. So an information center was also envisioned.

Capafonts is surrounded by forests. Its houses were built transforming neighbour trees intro floors and roofs. However, for the last 150 years, this tradition has been lost. Building materials are now brought by big trucks from the lowlands of el Camp and beyond.

We started by searching whether it was possible to use trees, from these new and younger forests, as construction materials. Although there was no way to transform them in the town, there was a timber yard only 25 kilometers away. We knew this territory and its people. We were the local municipality architect. We had gone on walks and excursions -day and night- since we were children. The town not only needed an information center for the future National Park, for visitors, but a public place where neighbours could gather, discuss and agree about their issues. 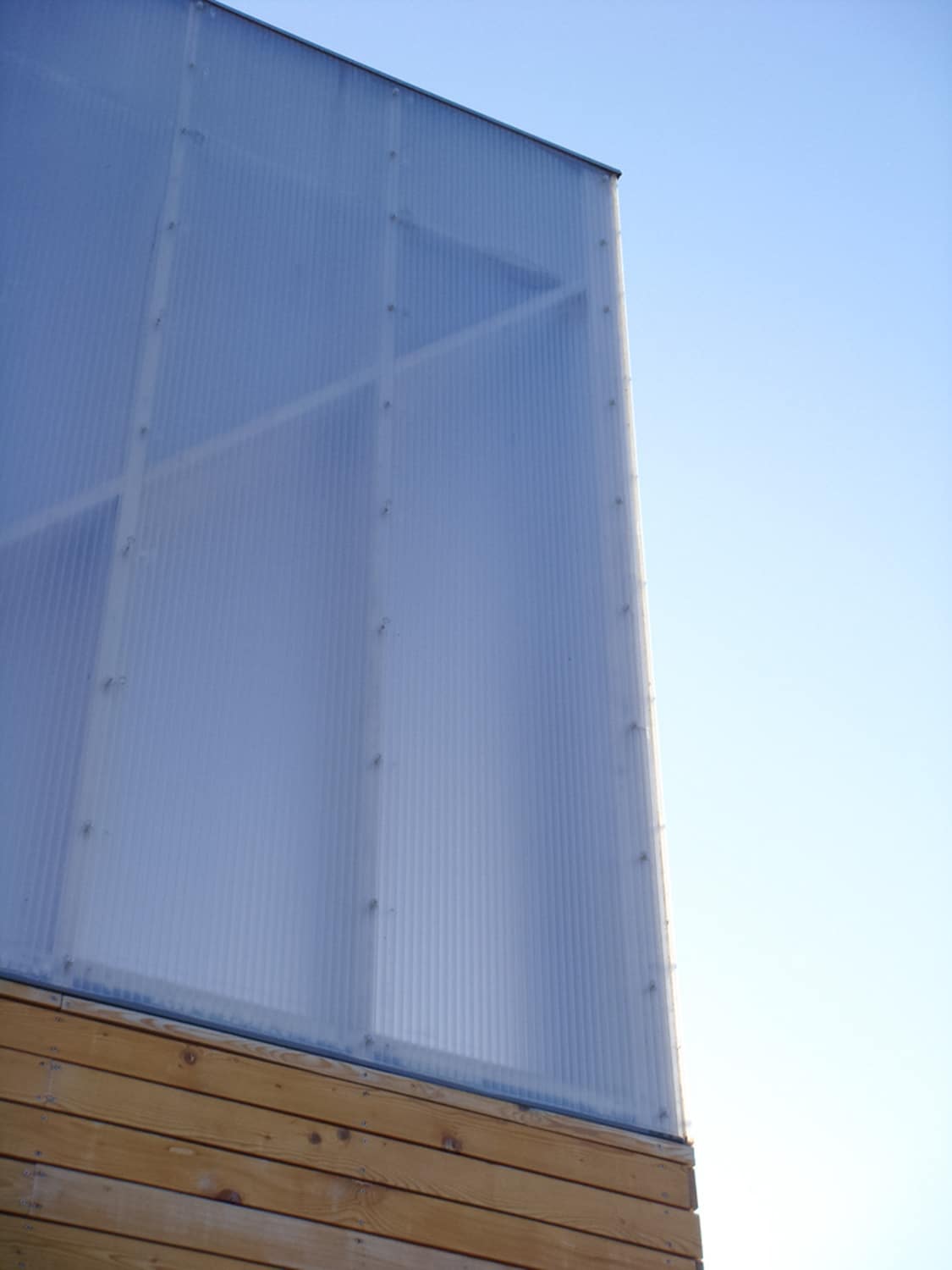 The building adapts to this climate and the site, which is right at the entrance of the town, with a 3 meters slope between the front and the back sides. The municipality has worked hard for many years in order to be able to build this small place, which is meant to be one of the centres of the future Muntanyes de Prades Natural Park. The commission was to build only the ground floor.

During the project process, the mayor got a public subvention to build an extension at the first floor, where a communal meeting room was to be placed. Right before the start of the construction work, some more money came in to build a storage room at the basement. The limited budget helped us to work with a direct architecture, with no retorics. However, in the entrance handrail, we suggested a game for the carpenter: to assemble the word Informació with the leftovers of the wooden floor, during one day of work.

The project was aimed to be built by local carpenters using standard studs, joists and boards from local old trees. Instead, material and carpenters came from Romania. It was the lowest bid and they won the contractor’s competition. They did a great job. 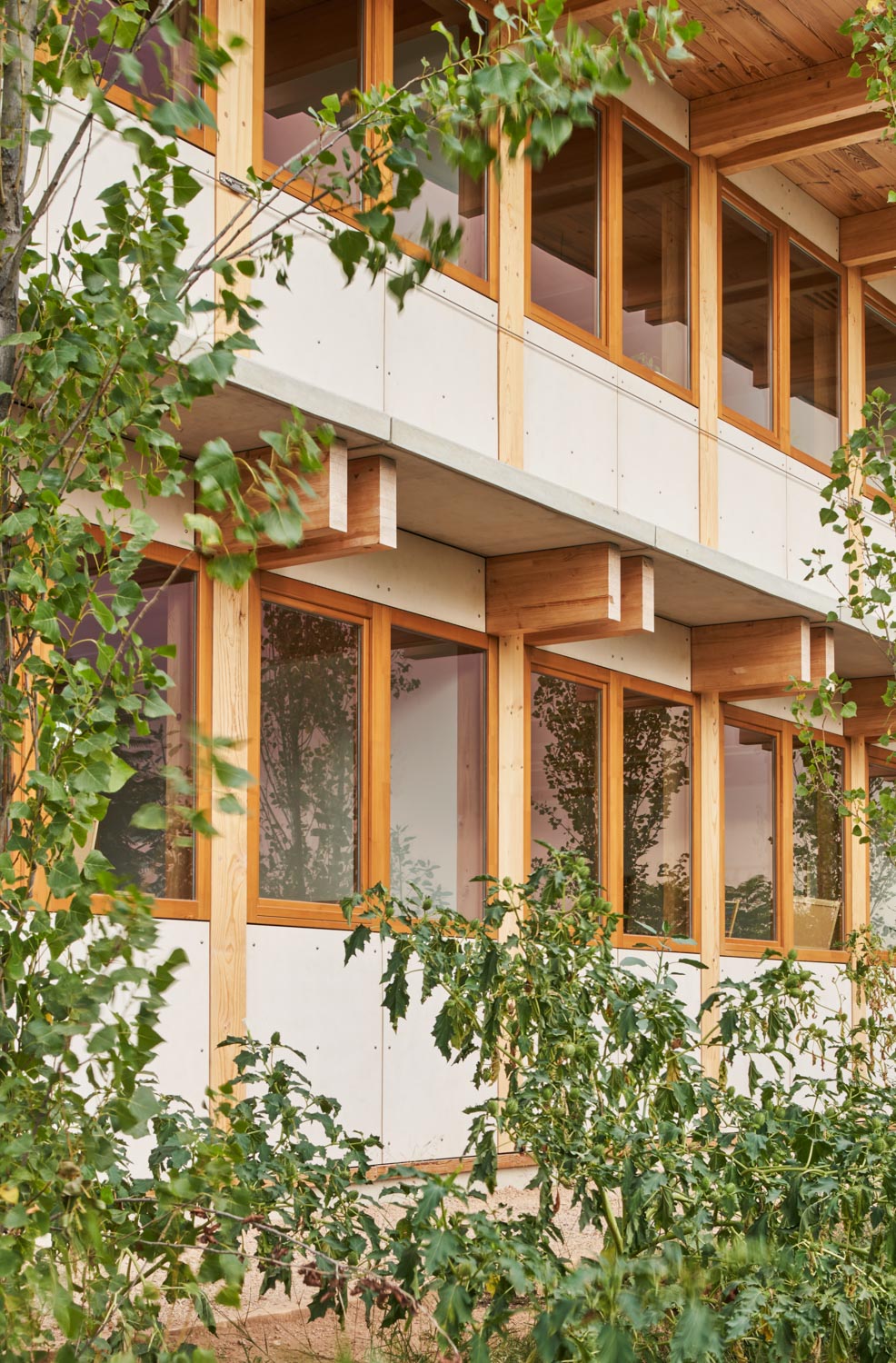 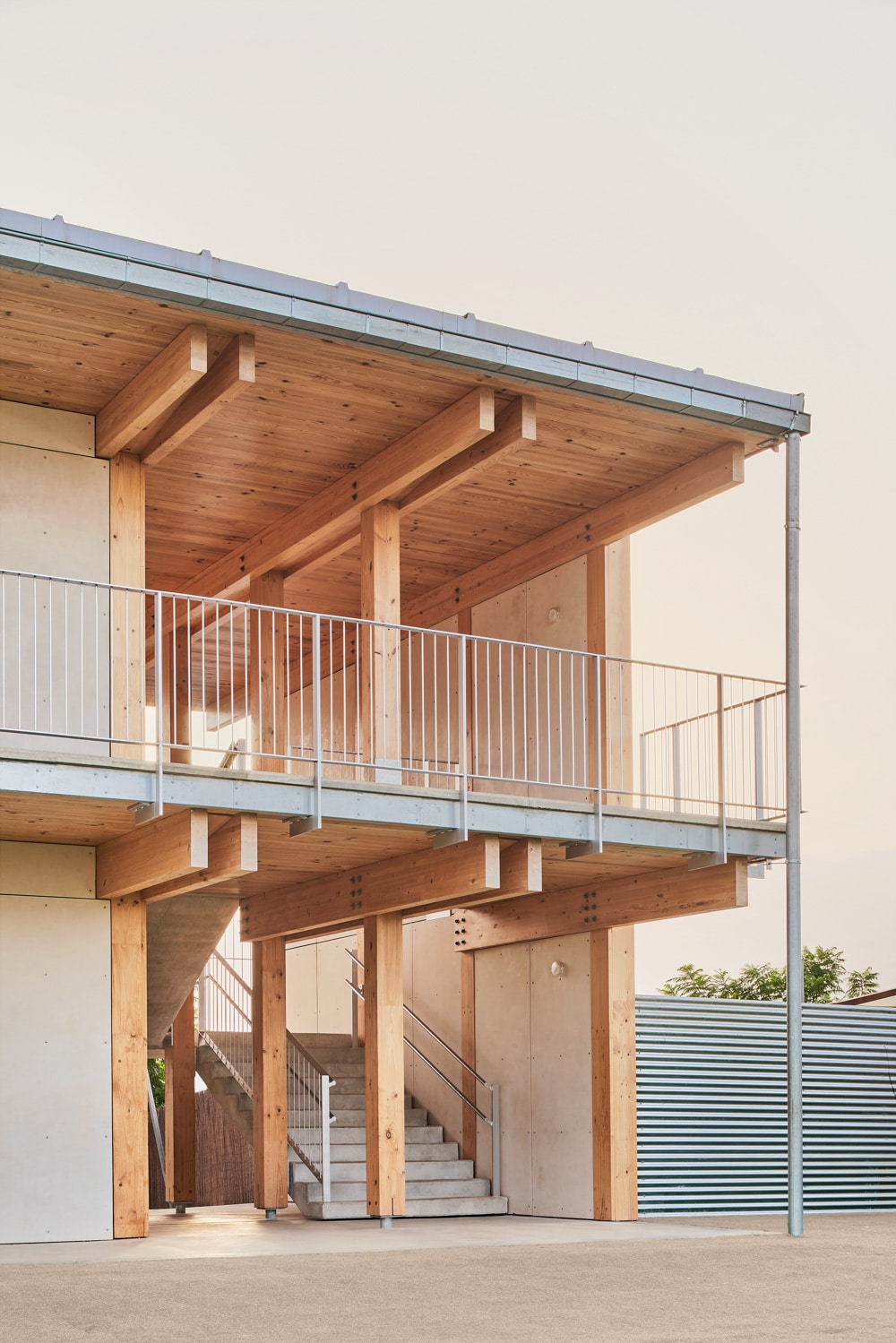 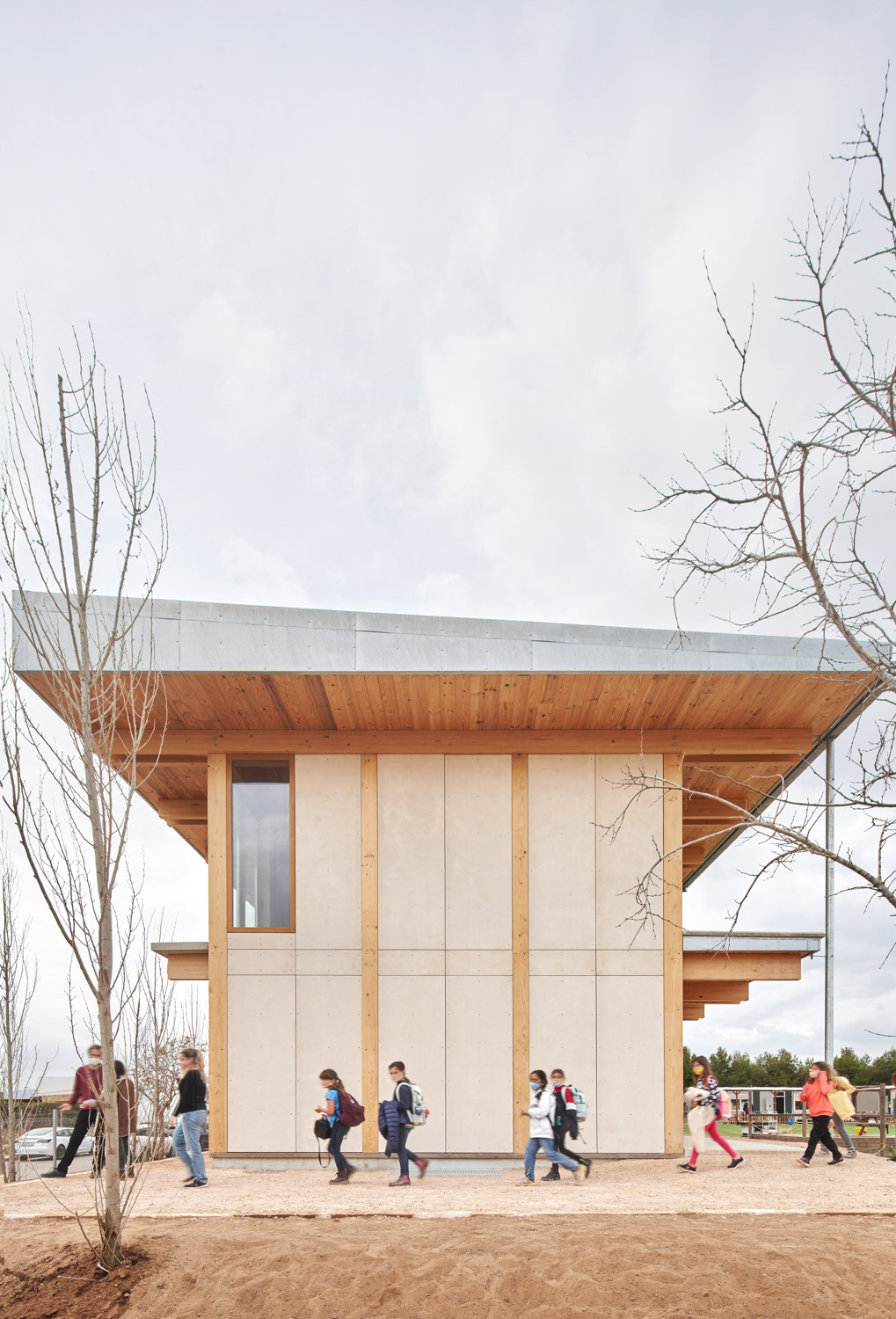 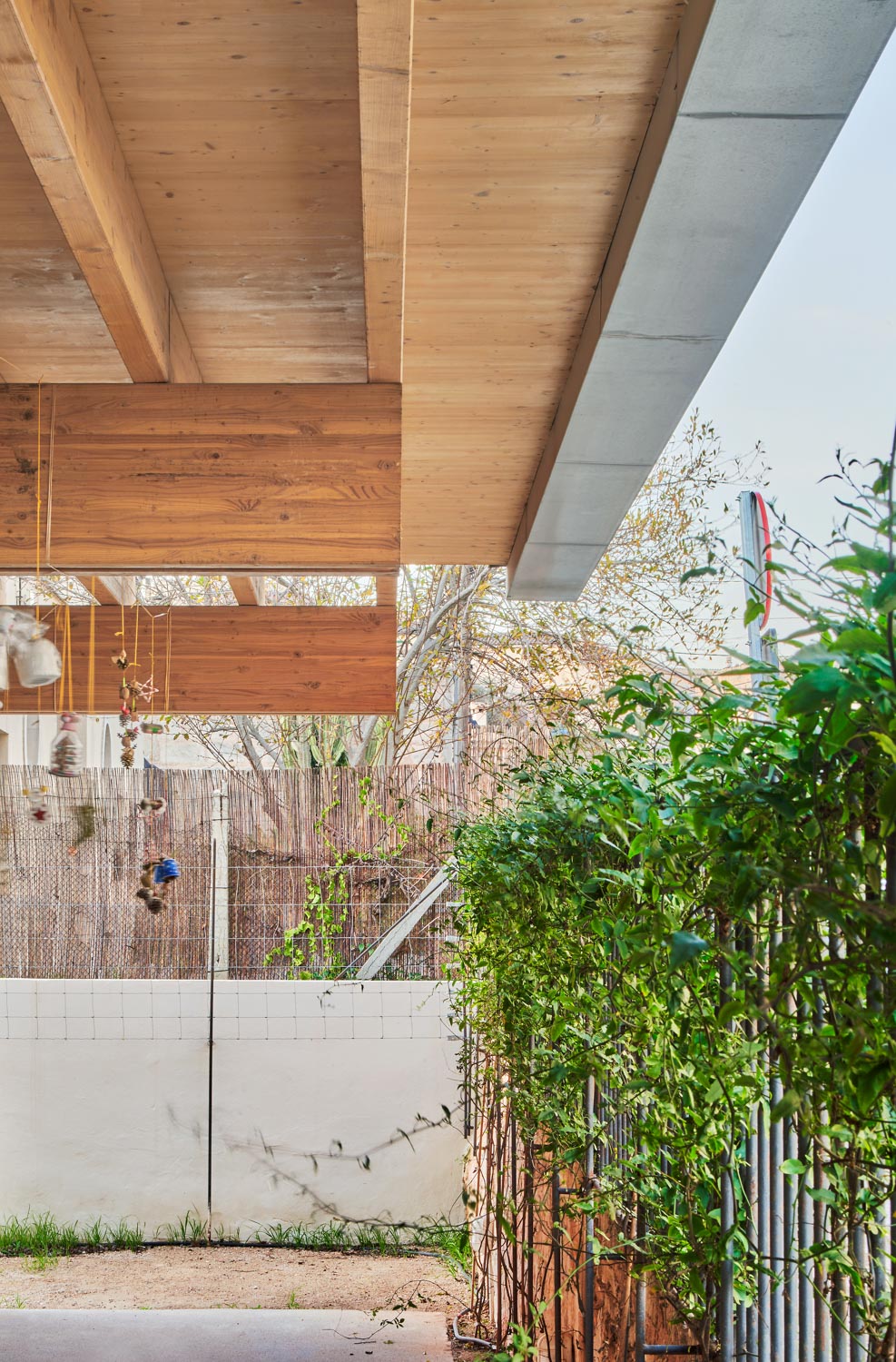 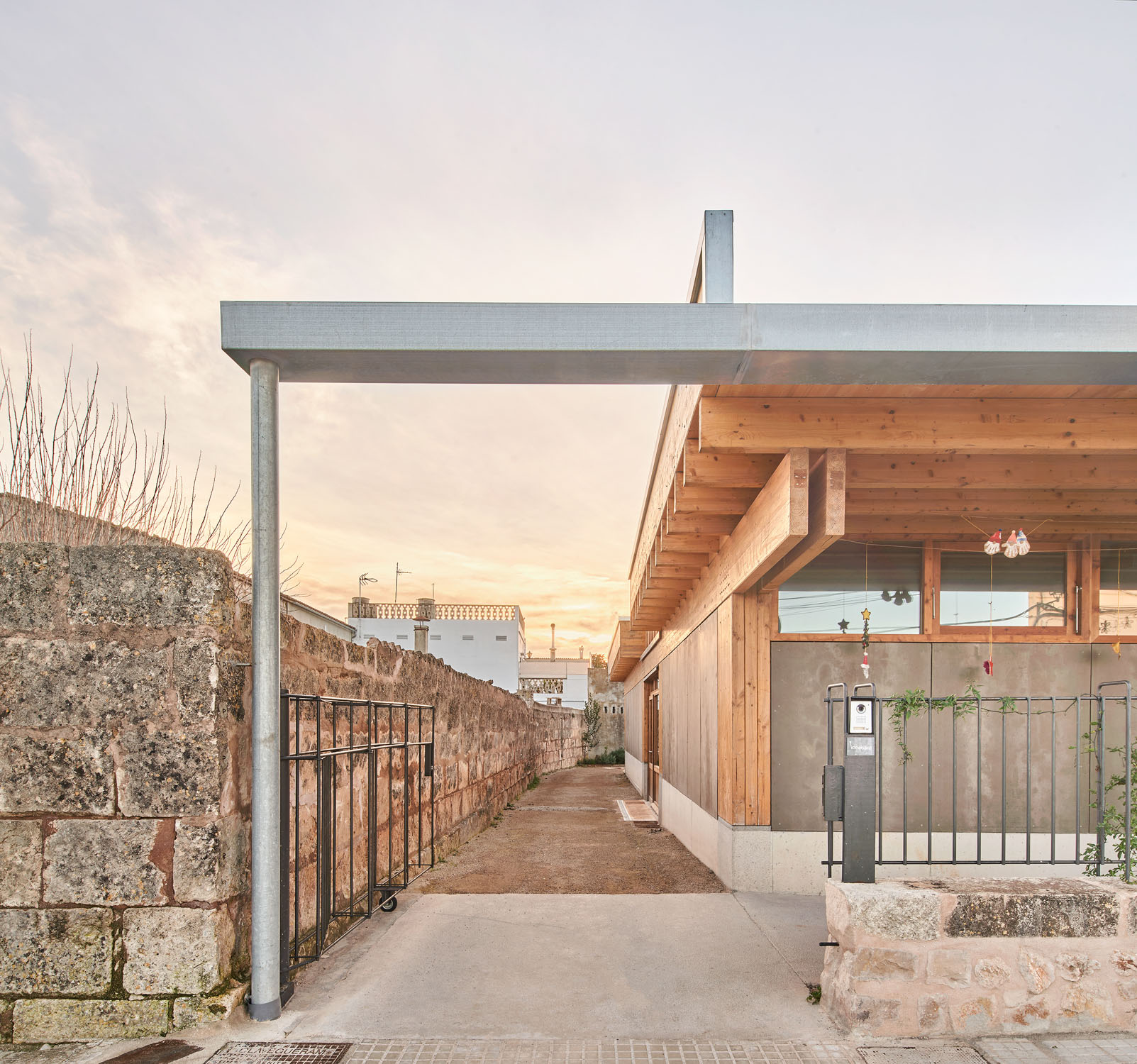 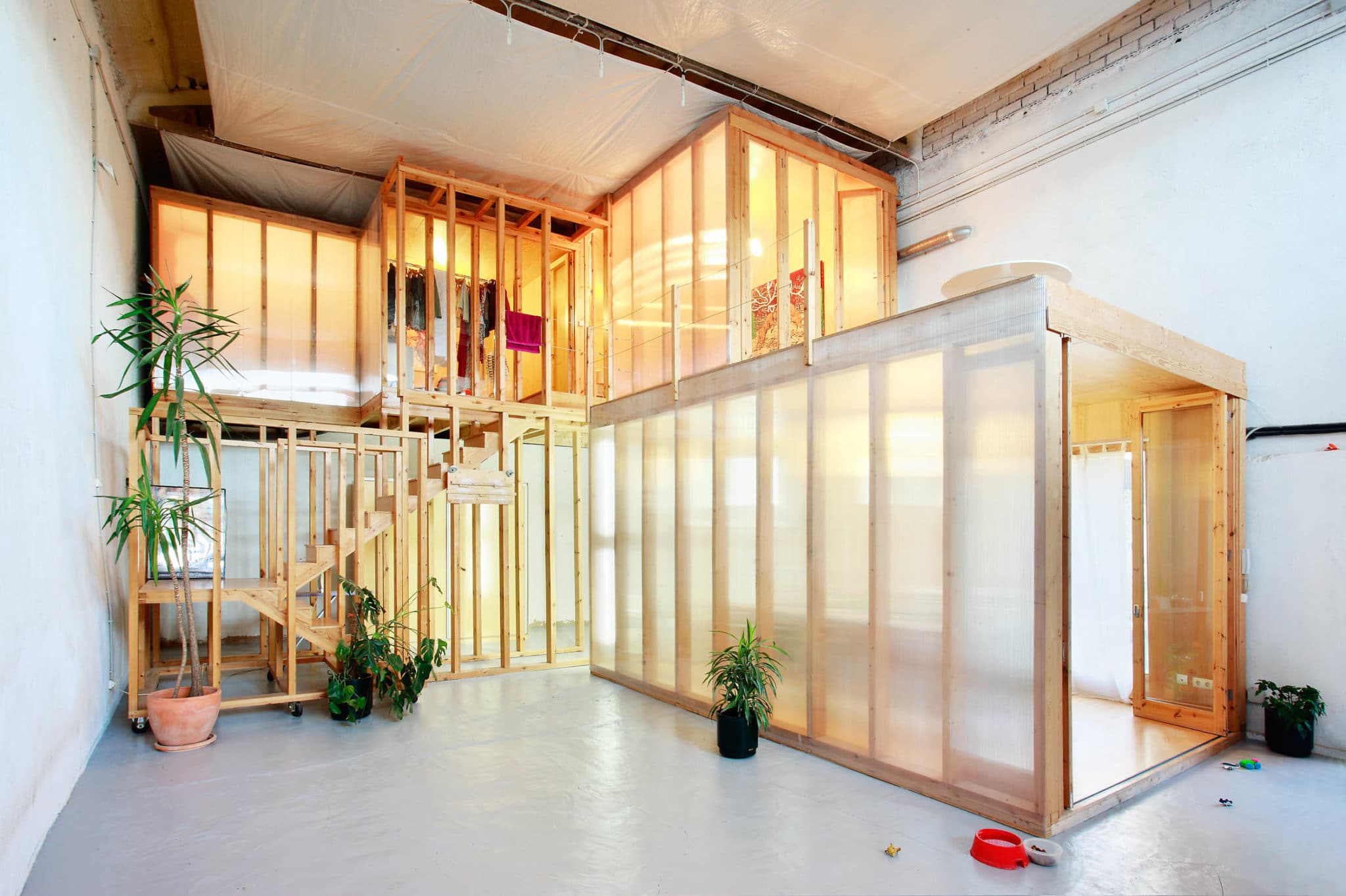 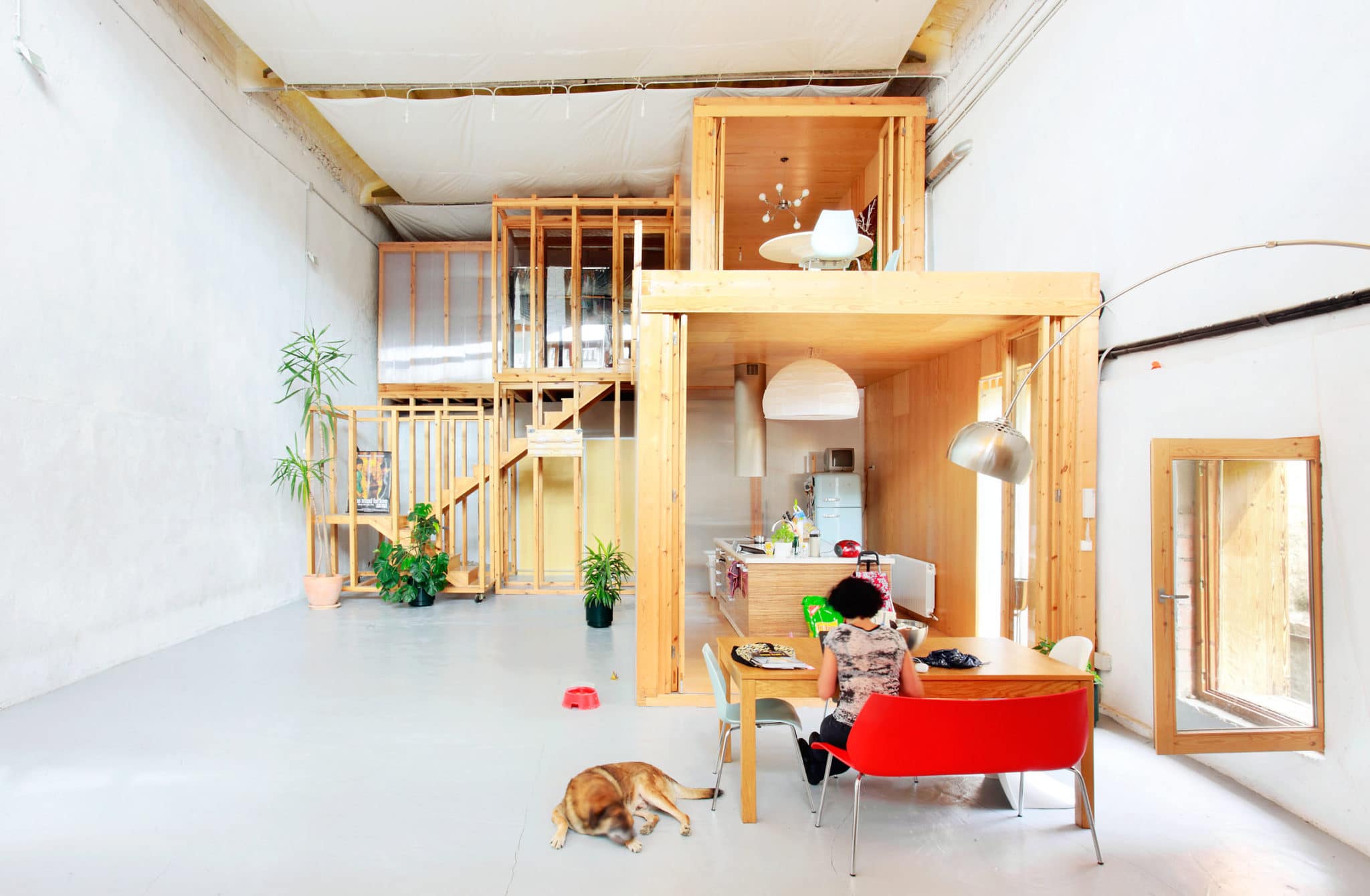 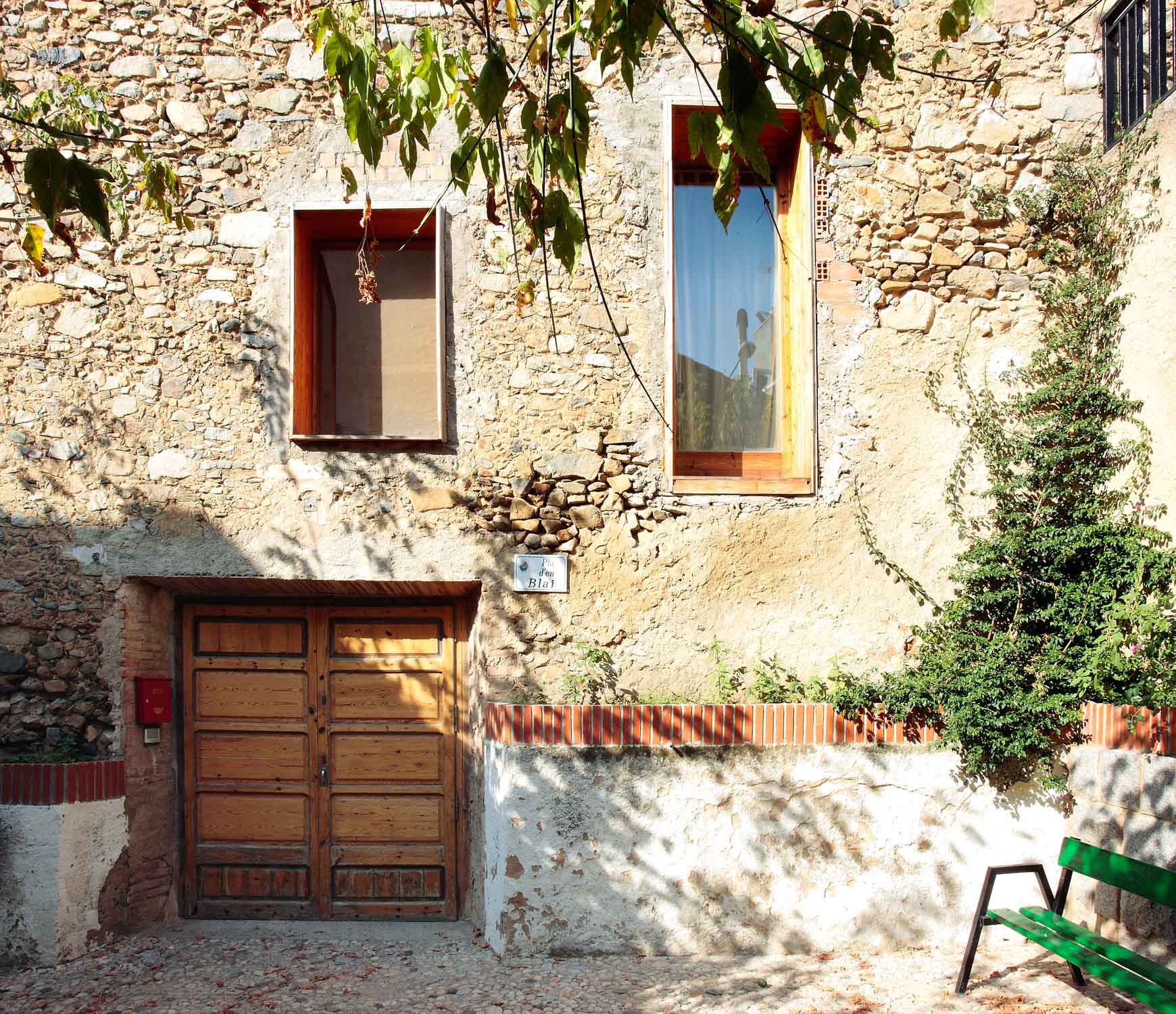